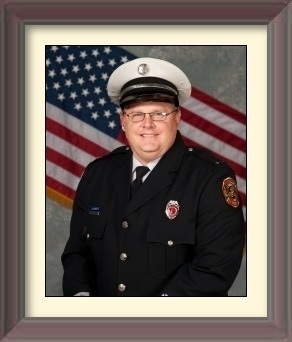 Chief Tracy Natyshok began his fire service career in 1989 when he joined the fire department for the Amoco Corporation at their Joliet plant. That experience pushed Natyshok to join the volunteer fire department in his home town of Coal City, Illinois. In Coal City he rose to the rank of Assistant Chief.

Chief Natyshok holds a Bachelors of Science degree in General Education from Millikin University and a Bachelors of Science degree in Fire Science Management from Southern Illinois University. He also has numerous fire service training certificates from the Office of the Illinois State Fire Marshall (OSFM), the National Fire Academy and the Illinois Fire Service Institute to name a few.

Throughout his career Chief Natyshok has been heavily involved in training. He has been an instructor for the Illinois Fire Service Institute in multiple programs and has been a H.O.T. instructor at the Fire Department Instructors Conference for Fire Engineering Magazine for over ten years. He is also a co-founder of the Chief Shabbona Fire Academy and sits on multiple OSFM committees.

Chief Natyshok has been married to his wife, Lorie, since 1990 and has two children; a daughter, Taylor and a son, Nate.